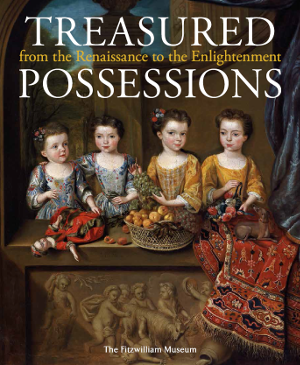 This book is all about possession. It explores the significance of beautiful and engaging objects – chosen, acquired, personalised and treasured – to the people who once owned them. With over 300 works discussed, the book takes us on a dazzling visual adventure through the decorative arts, from Renaissance luxuries wrought in glass, bronze and maiolica to the elaborate tablewares and personal adornments available to shoppers in the Age of Enlightenment. En route the authors consider the impact of global trade on European habits and expectations: the glamour of the exotic, as witnessed in the lust for objects imported from the East, the ubiquity of New World products like chocolate and sugar, and the obsession with Chinoiserie decoration.

They ask what decorative objects meant to their owners before the age of industrial mass production, and explore how technological innovation and the proliferation of goods from the sixteenth century onwards transformed the attitude of Europeans to their personal possessions.

Victoria Avery FSA is Keeper of Applied Arts at The Fitzwilliam Museum, University of Cambridge. She has published extensively on Italian Renaissance sculpture, and was awarded the Premio Salimbeni 2012 for her monograph, Vulcan’s Forge in Venus’ City: The Story of Bronze in Venice, 1350–1650 (2011).

Melissa Calaresu is the Neil McKendrick Lecturer in History at Gonville and Caius College, Cambridge. She has written on the Grand Tour, autobiographical writing, urban space, political reform and, most recently the making and eating of ice cream in eighteenth-century Naples.

Mary Laven is Reader in Early Modern History at the University of Cambridge. She has written extensively about aspects of religion in Renaissance and Counter-Reformation Italy and is now working on ‘Domestic Devotions’, an interdisciplinary, collaborative project, funded by the European Research Council.